Is Your Teenager Living with Depression?

Raising a teenager, whether a boy or a girl, can be an incredibly trying time for parents. Since teenagers are in the transitional age between childhood and adulthood, it is not uncommon to feel like the child you have raised has suddenly changed overnight. And these changes can be attributed to a range of reasons. First, teenagers are discovering the extent of their autonomy and do not want to live by anyone's rules. Yet, they are not old enough to fend for themselves.

Moreover, teenagers are facing both academic and societal pressures in equal measure, which can make it difficult for them to figure out where their social standing is. There is also an uptick in hormones that makes them highly irritable and susceptible to mood swings. So how can you tell if your teenager is being normal or if they have developed depression? Keep reading to discern whether you need to take your teenager to a child psychologist for depression.

Why would your teenager develop depression?

The first thing that all parents need to know about depression is that this mental illness does not typically have a predetermined cause. Usually, it develops over time and can be triggered by an array of factors. Commonly, teenagers will develop depression when they feel that they do not belong. This lack of belonging can crop up from bullying in school, which would make your child feel alienated. However, it can also come up when your child feels that they are not understood by their loved ones, ranging from their parents, siblings and friends.

The second reason why your teenage child could be depressed is if they have recently experienced a traumatic event. Emotional trauma can be caused by a death in the family; a car accident; sexual, physical or mental abuse and so on. Lastly, your teenager can become depressed due to a chemical imbalance in their brain. A decline in serotonin and dopamine levels will not only cause depression but can lead to other mental health problems such as anxiety and insomnia.

What symptoms should send you and your teenager to a child psychologist?

Diagnosing depression in your teenager without prior experience as a mental health professional can be tricky, more so since the symptoms can easily mimic the general disposition of a teenager. Thus, signs such as sudden mood swings and irritability are not precise determinants of depression. Nonetheless, if these changes are accompanied by symptoms such as unexplainable weight loss or gain, apathy towards their interests, withdrawal from friends and family, reckless behaviours, alcohol or drug abuse and so on, you should schedule a visit with a child psychologist. 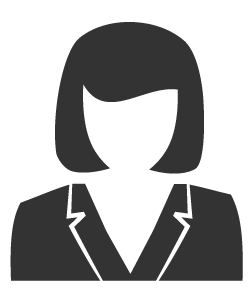